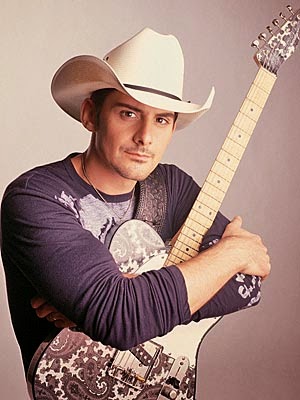 His songs are frequently laced with humor and popular culture references. WIKIPEDIA Starting with his 1999 debut album Who Needs Pictures, Paisley has released 10 studio albums and a Christmas compilation on the Arista Nashville label, with all of his albums certified gold or higher by the RIAA. As of 2013 he has scored 32 Top 10 singles on the U.S. Billboard Hot Country Songs chart, 18 of which have reached No. 1 and holds the record of 10 consecutive singles reaching the top spot on the chart. Paisley has sold over 12 million albums and won three Grammy Awards, 14 Academy of Country Music Awards, 14 Country Music Association Awards, two American Music Awards and has earned country music's crowning achievement, becoming a member of the Grand Ole Opry. OFFICIAL WEBSITE