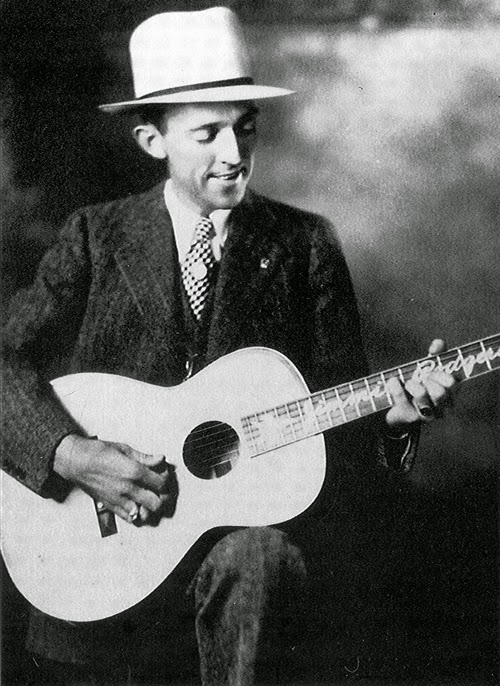 JIMMIE RODGERS known most widely for his rhythmic yodeling. Among the first country music superstars and pioneers, Rodgers was also known as "The Singing Brakeman", "The Blue Yodeler", and "The Father of Country Music". Rodgers' affinity for entertaining came at an early age, and the lure of the road was irresistible to him. By age 13, he had twice organized and begun traveling shows, only to be brought home by his father. His father found Rodgers his first job working on the railroad as a water boy. Here he was further taught to pick and strum by rail workers and hobos. As a water boy, he would have been exposed to the work chants of the African American railroad workers known as gandy dancers.WIKIPEDIA