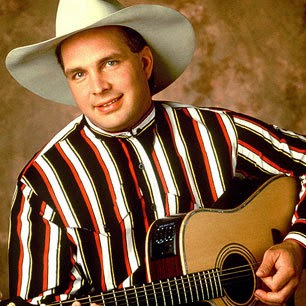 His eponymous first album was released in 1989 and peaked at number 2 in the US country album chart while climbing to number 13 on the Billboard 200 album chart. Brooks' integration of rock elements into his recordings and live performances earned him immense popularity. This progressive approach allowed him to dominate the country single and album charts while crossing over into the mainstream pop arena