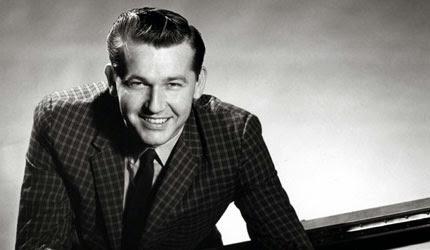 Cramer was one of the architects of the "Nashville sound". He was known for his "slip note" piano style, where an out-of-key note slides into the correct note. Born in Shreveport, Louisiana, Cramer grew up in the small town of Huttig, Arkansas, teaching himself to play the piano. After finishing high school, he returned to Shreveport, where he worked as a pianist for the Louisiana Hayride radio show. In 1953, he cut his first single, "Dancin' Diane", backed with "Little Brown Jug", for the local Abbott label. During 1955 he played dates with an emerging talent who would later figure significantly in his career, Elvis Presley. Cramer moved to Nashville in 1955 where the use of piano accompanists in country music was growing in popularity. By the next year he was, in his words, "in day and night doing session".  Before long, he was one of the busiest studio musicians in the industry, playing piano for stars such as Elvis Presley, Brenda Lee, Patsy Cline, the Browns, Jim Reeves, Eddy Arnold, Roy Orbison, Don Gibson, and the Everly Brothers, among others. It was Cramer's piano playing, for instance, on Presley's first national hit, "Heartbreak Hotel". However, Cramer remained strictly a session player, a virtual unknown to anyone outside the music industry. Cramer had released records under his own name since the early 1950s, and became well known following the release of "Last Date", a 45 rpm single, in 1960.